Master Zhang’s Clinic was founded in 1991 in Poland. The concept of the clinic is thoroughly initiated by its founder – Fengjun Zhang whose aim is to help people to restore good health, and share his passion and love for China’s traditions and culture. The name of the clinic comes from the profession of its founder who has started learning kung fu following his masters at the age of eight. After more than 50 years of practice he became a recognized Master of kung-fu himself, holding 7 Duan.

The treatment offered by the Clinic is based on Taoist medicine, also called classical Chinese medicine, which is a precursor of broadly known traditional Chinese medicine. Taoist Chinese medicine is a holistic form of treatment and focuses on the whole body and mind of the patient. At the same time it concentrates on the cause not the symptoms of the disease. It roots dates back to Taoist philosophy and ”The Medical Classic of the Yellow Emperor”. It refers to cosmology issues, yin yang principle as well as the Five Elements theory. Energy qi plays a profound role in the proper functioning of the patient’s body. Disruptions in the flow of qi may lead to many diseases. That is why it is so important to maintain good energy balance, which consequently has a beneficial effect on the mental, physical, spiritual and emotional state of the body.

Master Zhang’s Clinic, devotes great attention to the qi issue. We believe that every physiotherapist of Chinese medicine who undertakes to cure patients must first and foremost have a balanced qi oneself. Such state of harmony can be obtained by many years of qigong practice. Bearing in mind the rich experience of Master Zhang, we would like to offer you a range of effective and proven therapies based on acupuncture, acupressure (tuina massage), bioenergy, fire cupping, guasha, moxibustion and natural herbs, as well as physiotherapy exercises and dietetics. 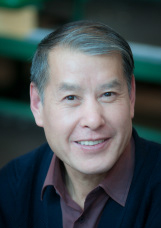 The founder of the Clinic

Fengjun Zhang, founder of the Master Zhang’s Clinic, bioenergy therapist with over 25 years of Tibetan qigong practice, obtained many titles, honors and recognition in the domain of Chinese medicine, master of kung-fu with 7 Duan.

He graduated from the Beijing Sport University. He also studied at the Chinese Academy of Medical Sciences.

Fengjun Zhang has moved to Poland in1991. He is the founder of the Polish-Chinese Wu-Shu Nan Bei Association and the Polish-Chinese Association of Traditional Chinese Medicine and Acupuncture, which is the only Polish member in the World Federation of Acupuncture-Moxibustion Societies. Fengjun is also an initiator of the Life Science Institute, associating the best physiotherapists and Chinese medicine doctors from Europe and China, willing to share knowledge and improve their techniques under his supervision of Master Zhang.

Fengjun’s treatment methods are based on over 25 years of experience, research and continuous practice. He has formed his own philosophy on a basis of teachings of ancient scholars (including ”The Medical Classic of the Yellow Emperor”), Confucianism, Buddhism, Taoism, qigong and kung-fu, as well as principles of physics and cosmology studies. Among successful treatments it is worth to mention those most severe diseases such as cancer, infertility, diabetes, and hypertension.

Fengjun is an author of several books including “Principles of Taijiquan Form 24”, “Taijiquan Yang Style – Traditional Form 40”, both available only in Polish; “Taoist medicine, qigong and acupuncture” (currently available only in Chinese). Creator of many publications on the flow of qi in the body, the importance the spine in a human body and its functions, the use of acupuncture for diseases of internal organs, skeletal system, or cancer.